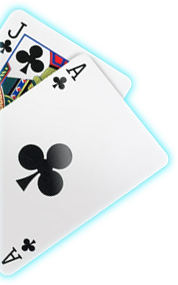 Blackjack is the most popular game amongst land based and online casinos alike. Why, well, for the most part due to it having lowest house edge of any other casino game. This includes casino house rules such as standing on a 17. As the game mathematically has the highest return to player, blackjack strategies have been developed to add extra edge to the player. The rules of the game are simply to earn more points than the dealer without exceeding 21, however, strategies exist to reduce the house edge thereby maximizing your win potential.

Before concentrating on Basic Strategy new players should familiarize themselves completely with the primary elements of the game which can be found in our Blackjack Rules page.

If you’ve played blackjack online, chances are you’ve heard the term basic strategy. In a nutshell, basic strategy is the mathematical probability of beating the dealer. It was formed from computer simulations of millions of blackjack hands played. If you’re serious about playing blackjack online and consistently beating the dealer, you will want to familiarize yourself with the mathematics behind the strategy. By learning basic strategy, you will have cut the casino house edge to just .5%. We’ve put together a cheat sheet for you below for Single deck blackjack:

‘Double Down” as the name would suggest, is the decision to double your bet based on the first two cards dealt. In this scenario the player will receive just one more card in exchange. Lets take the example of the first two cards as 8 and 3. With a Total of 11, your odds of hitting twenty-one are greater than any other total. Obviously you will hit in this position and in doing so you will have a better than even chance of a total greater than 17. Consequently by doubling the bet, your potential for return is also doubled. But remember this; Doubling down is a one shot thing. If your 3rd card is of low value there is no fall back of another hit. When you Double-Down, you only receive one additional card and you must stand on the outcome.

You are holding two equal cards – in this scenario the option exists for you to split the pairs and play two hands for matched bets. The decision to split will be based on your strategy but taking the example of being faced with two eights the decision to split should be borderline automatic. No one wants a total of 16. With a split hand of eights, you’ve got a better than even chance of arriving at a Total of 17 or more. So even in a scenario where for example the Dealer is holding a “6” or less, and making 16 would be a comfortable Stand, consider that the dealer is forced to hit and thus has a greater than evens chance to bust. Thus the simple odds here dictate that Splitting is the play.

Another core principle should be to Split Aces. In this circumstance you only receive one additional card for each Ace. You can’t Hit again. So by default each Ace will have to represent 11. If either of the following cards is a “10” it will not represent Blackjack as you will have already been dealt atleast 3 cards – thus your win only pays the usual 1 to 1, not 1½ to 1 but you will have two shots at it.

Once you feel comfortable with your basic strategy and the principles for Doubling down and splitting pairs, you will be on your way to feeling competent at the table in most circumstances. Blackjack is far more than a game of chance and can be mastered. To really force the odds in your favor, you will need progress beyond basic strategy and even potentially move into the specialized arena of card counting. But in the first instance, just getting comfortable with the above will significantly improve your chances. 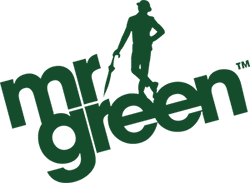